Calvin started as an editor, grew to a director, and eventually earned his shot as a show runner on national broadcast and cable television series.  He’s worked with major stars including Jamie Foxx, Simon Cowell, Tyra Banks, Dr. Phil, Judge Mathis, Hulk Hogan, and Howie Mandel, just to name a few. He’s delivered TV shows documenting hit musicians Sheryl Crow, Metallica, Clay Aiken, The Dixie Chicks, Lisa Marie Presley and Ja Rule. From shiny floor game shows to documentary films for National Geographic, Calvin has told a myriad of stories. Cal’s philosophy is simple.  Whether you’re trying to find America’s Next Top Model, or direct a sales force to reengage dormant customers, it’s imperative you know your audience and how to speak their truth.  Unfortunately, Cal has spent the last two and a half decades accepting the truth that the Dallas Cowboys may never win another Super Bowl. (Yes, he knows some of you are cheering out there.)

Known around Shout Creative as the “story ninja,” Sara has produced unscripted and documentary programming, advertising, promotion, branded content, social media and mass scale corporate communications for clients up and down the Eastern seaboard. She’s drawn up the stories behind the tattoos on “Miami Ink” and shared their personal lives, even witnessing a water birth. She’s explored Miami’s marshy terrain on “Swamp Wars” and even chased hurricanes for “Hurricane Hunters”. She ran the story and post production departments for hit shows on Animal Planet, Food Network, HGTV, DIY, Travel Channel, Bravo, VH1, GAC, and  CMT.  Sara scrutinizes every element of story that Shout Creative delivers; from global brand messaging to documentary films.  In her spare time, Sara dreams about puppies. Lots of puppies.

John is an animator — meaning he makes the pretty pictures move.  John has been driving design at Shout Creative for several years.  Perhaps what’s most special about his mind for design is how multi-talented he is.  As a producer, director and editor, he brings a holistic approach to design principles.   John has worked on programming for MTV, VH1, TLC, and CMT. Off duty, he enjoys spending time with his wonderful wife, children, and their dog, Andy.  And yes, he realizes “Andy” is a funny name for a dog. 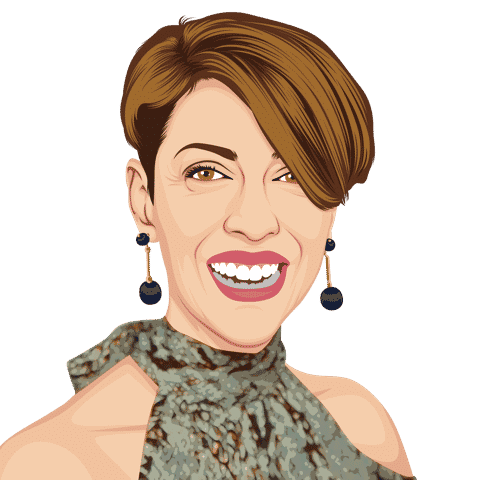 A story crafter and talent guru, Barbette has interviewed a large assortment of personalities, famous and non-famous alike. As a Radio Personality for 10 years, she engaged with audiences, created programming and edited the juiciest tidbits. As a Senior Story Producer in Reality Programming for another 10 years… she kind of did the same, but with visual! Barbette is a Jedi Interview Master, she loves connecting with people and telling their truths. She’s busted through Reality Television doors while Bounty Hunting, Love Matching, Fashion Making, Gator Wrangling, Weight Transforming, Tattooing, Pool Partying and Medical Diagnosing. Producing for major networks like NBC, VH1, Bravo and more, she has worked on shows all over the country and is like a kid in a candy shop when it comes to stories. If you are on the phone with Barbette and you hear clucking in the background, it’s not your imagination, it’s just one of her 7 chickens! 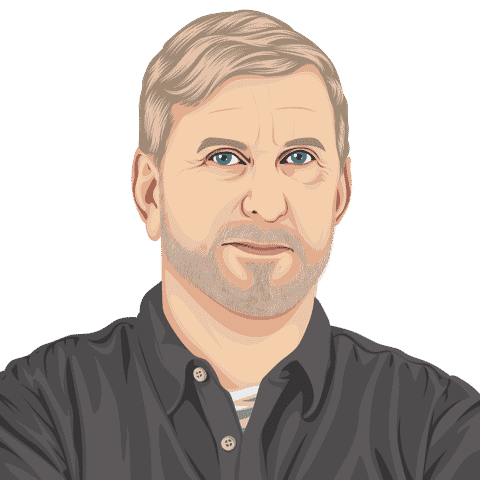 David is a Florida native which makes him somewhat of a rarity. His work has appeared on most major networks and includes shows like Bravo’s Top Chef, ABC’s Shaq’s Big Challenge, TNT’s Wake Up Call starring Dwayne “The Rock” Johnson, A&E’s Married at First Sight, Spike TV’s Ultimate Fighter, HGTV’s My First Sale, and Travel Channel’s Food Paradise to name only a few. In addition, David has lensed numerous brand pieces and commercials for companies like Royal Caribbean, NCL, Adidas, Miller Brewing, and Nike. David has the skill and experience to work on large scale to small crew productions. He is equally skilled in unscripted programming, corporate brand pieces, commercials, and everything in between. No matter what the job is, David treats each project with the same amount of care, bringing his keen eye and lighting skills to each endeavor. He spends his free time bemoaning bad lighting in restaurants, hotel rooms, and public spaces, and dreams of ridding the world of it.